It’s been a busy few months! I’ve been working on reviews and previews–and news, soon–at GameWatcher.com.

Here are the links to those wonderful, wonderful bits of work.

While I didn’t write the following, I did edit the video review.

And from that point forward, I started editing all my own video content, as well.

If you’re like me, as a kid you had notebooks full of level ideas for your favorite games. For us, Super Mario Maker is a dream come true. Nintendo’s latest release makes level creation fast, easy, and most impressively of all, fun. Lots of games have let you make your own levels, and many of them have been built around that feature–but Mario Maker is without a doubt the best one yet.

END_OF_DOCUMENT_TOKEN_TO_BE_REPLACED

LittleBigPlanet developer Media Molecule is best known for its creative approach to design. All their games feel hand-crafted, filled with childlike glee and exuberance. Tearaway, originally released for the Vita in 2013, was no exception, with its adorable papercraft world and storybook setting. That original release has been revamped and expanded in the form of Tearaway Unfolded for the Playstation 4, more akin to a remake than a simple port.

END_OF_DOCUMENT_TOKEN_TO_BE_REPLACED

Metal Gear Solid V once again casts you in the role of Big Boss, awakening after a 9-year coma induced by the tragic events at the end of Ground Zeroes to once again lead your mercenary company to greatness. It’s the game that finally bridges the gap between eras, and almost certainly the last entry from series creator Hideo Kojima. It’s at once an evolution of the series and a fundamental restructuring of its ideas. As a Metal Gear game, it will be controversial–perhaps even moreso than 2–but taken free from the series’ baggage, it’s an amazing title that excels in nearly every category.

MGS5 moves the series’ stealth action to the open world, and this opens up a ton of new options for how to complete your objectives. You can approach enemy bases from any direction, and there are tons of ways to approach each mission.

END_OF_DOCUMENT_TOKEN_TO_BE_REPLACED

Last year’s Hitman Go was an incredibly pleasant surprise that smartly adapted the core gameplay elements of the Hitman series to a simplified style designed for mobile devices. Now, following in that game’s footsteps, we have Lara Croft Go, which turns tomb raiding into a turn-based puzzle game.

END_OF_DOCUMENT_TOKEN_TO_BE_REPLACED

Gears of War’s 2006 release was a seminal moment in the last generation. Its cooperative cover-based shooting set the standard that AAA games would follow for years, and while many of its innovations have been driven into the ground in the decade that’s followed, Gears’ legacy is still a strong one.

Now, nine years later, Microsoft has released Gears of War: Ultimate Edition for the Xbox One, updating the original’s visuals and bringing its online features to the current generation. But is this a worthwhile revision, or just another in a long line of mediocre remasters?

END_OF_DOCUMENT_TOKEN_TO_BE_REPLACED

Kickstarter has been a wonderful tool to get funding for games that might otherwise never have existed. But it’s not without its issues. While Kickstarter has produced some fantastic games, the machine around the crowdfunding platform has led to some unrealistic and unhealthy methods to achieve funding success.

The former COO of Double Fine, Justin Bailey (no relation) might just have a solution in the form of FIG, a crowdfunding service designed exclusively for video games. Fig, in contrast to sites like Indiegogo and Kickstarter, will run only a couple funding drives at a time, curated to highlight unique and interesting projects.

END_OF_DOCUMENT_TOKEN_TO_BE_REPLACED

The Rare Replay collection came out this past week, to nearly universal acclaim. It’s an incredible collection of mostly incredible games from over two and a half decades of gaming history, and it serves as a reminder of just how far the medium has come in that time. But it also serves as a reminder of just how difficult it is to preserve our history.

END_OF_DOCUMENT_TOKEN_TO_BE_REPLACED

Hordes of undead plague the earth, and the only one who can stop them is a bikini-clad samurai cowgirl. Abandon all hope of taste and decency–this is Onechanbara Z2 Chaos.

END_OF_DOCUMENT_TOKEN_TO_BE_REPLACED 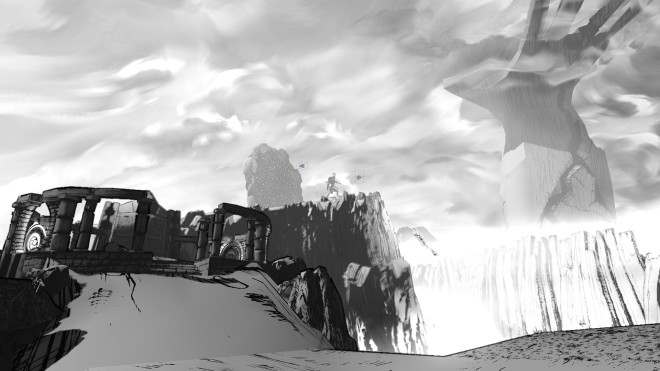 Games about games are usually terrible. They’re usually a collection of memetic in-jokes and corny parodies designed to cover up the inadequacies of uninspired third-person shooters and platformers, existing more as quick gags to punch up trailers and marketing materials rather than real tributes to the medium of games. Martin Scorsese’s 2011 film Hugo was a tribute to movies, but it wasn’t a collection of jokes about cinematography and editing, or barely subtle references to characters of great movies past. It was about people. It was about the relationship between people who love movies and the people who make them. The wonder and joy in how Hugo portrayed that relationship reminded me of my passion for games, and made me wish there were a game that so artfully explored its own medium.